A place where fantasy soars and creativity is perpetually stimulated. The epiphany of burlesque elegance amidst the pulsating life of Frankfurt metropolis. Whether it is the 116 rooms and suites, the swanky Restaurant, the award-winning Bar or the innovative Spa area – it’s always alluring to frolic from dusk ‘til dawn in Roomers. Indulge yourself in lascivious luxury with extravagant charm – at Roomers Frankfurt. 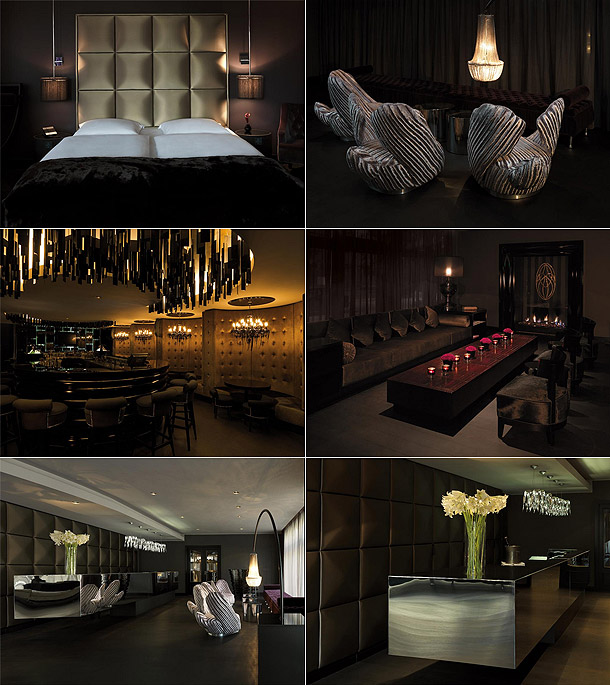 Ever wanted to spend the night in a vintage caravan artfully designed by a movie set decorator? Of course you did and here is your chance. Check out these 16 beautiful campers in delicate retro style. Find your favorite. And oh, if you feel like booking immediately, well, you know what? Just go ahead.

Part of the Europa-Park Fun Park in Rust, this Roman-style, 4-star-superior hotel offers a unique copy of the Colosseum, a spa with outdoor pool, and traditional Italian restaurants. Freiburg is 35 km away. Fun park tickets can be bought directly at the 4-Sterne Superior Erlebnishotel Colosseo, Europa-Park Freizeitpark & Erlebnis-Resort. During the summer season, hotel guests enjoy early access to some attractions from 08:30 (30 minutes before the official opening time). In winter, guests enjoy access from 10:00 (60 minutes before the official opening time).The park has seasonal opening times. The Erlebnishotel's swimming pool stands beside the hotel’s own Colosseum. Other spa facilities at the Colosseo include a sauna, solarium, and massage service.

This Medieval-themed hotel is located in the Europa-Park Resort in Rust, near Freiburg. It offers special early access to Europa-Park, a rooftop bar overlooking the park, and free internet access for guests. The Burghotel Castillo Alcazar is built in the style of a Medieval Spanish castle. Rooms feature warm, rustic décor and modern facilities such as cable TV, hairdryers, and air conditioning. The Castillo buffet restaurant provides a large breakfast buffet, and also offers Spanish and international meals each evening. The Burghotel’s Buena Vista Club serves cocktails and has a rooftop terrace. The neighbouring El Andaluz Hotel sells tickets for Europa-Park. With their VIP pass, hotel guests can gain entrance to Europa-Park at 08:30 (30 minutes before the official opening time) and at 10:00 in winter (1 hour before the official opening time). The park has seasonal opening times.

The 25hours Hotel Bikini Berlin is as diverse as the big city itself. It is located in the City West and is as wild as a jungle. The hotel showcases cosmopolitan Berlin at its location in the listed Bikini-Haus building between the Berlin Zoo and Breitscheidplatz designer Werner Aisslinger and his team created a hotel world playing with the contrasts of nature and culture. The hotel is popular not only among its own guests, thanks to the restaurant and bar on the top floor with a 360° rooftop terrace and first-class views of the city and the Berlin Zoo. 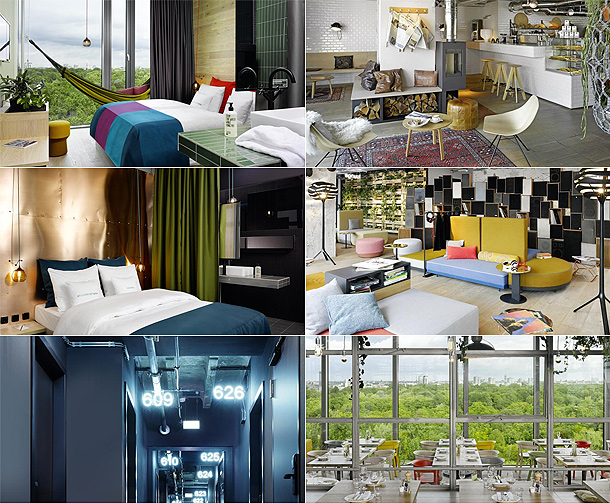 Opened in 1995 as an authentic Berlin artists’ project, the "Louise" has developed into a comfortable hotel. A charming hotel situated in one of the most exciting areas in the city center. A unique location in Berlin-Mitte with a view of the Reichstag building and the Spree River, just a few minutes walk to Unter den Linden and the Brandenburg Gate. The Friedrichstrasse subway station and the Hauptbahnhof rail station are within easy walking distance—the train practically runs past the hotel. 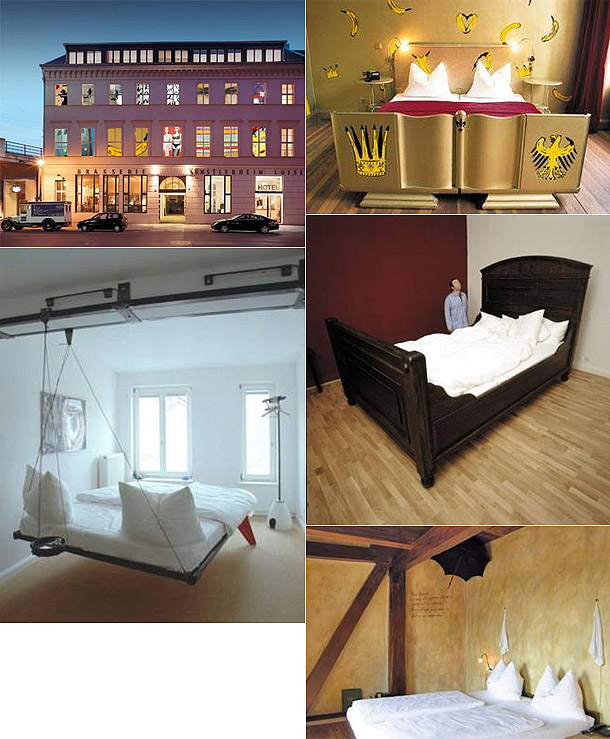 This design hotel is centrally located in Berlin, just a 2-minute walk from Checkpoint Charlie and the Friedrichstrasse shopping street. It offers free Wi-Fi, modern rooms and great transport connections. Gat Point Charlie’s rooms are decorated in a minimalist style. Each features satellite TV and a desk, and the private bathrooms have toiletries and a hairdryer. 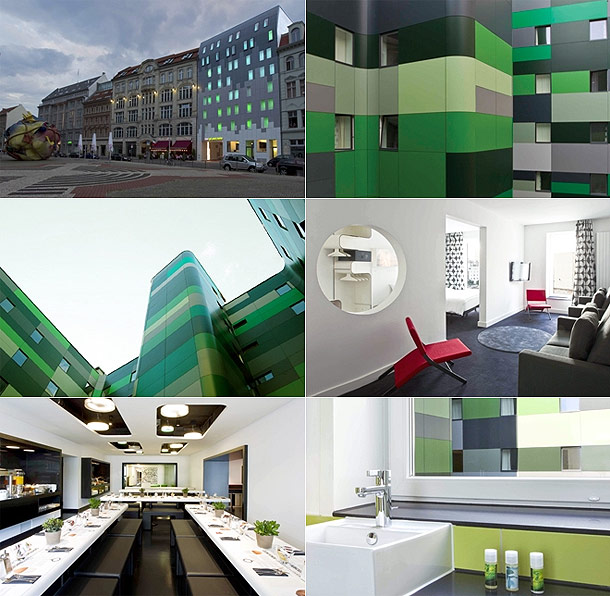 Modern rooms with imaginative design, free Wi-Fi and a stylish café-bar are featured at this unique hotel in Berlin’s lively Friedrichshain district, just 500 metres from the O2 World Arena. The Michelberger Hotel ‘s individually furnished rooms feature artistic décor and cable TV. Each has a private bathroom with shower. 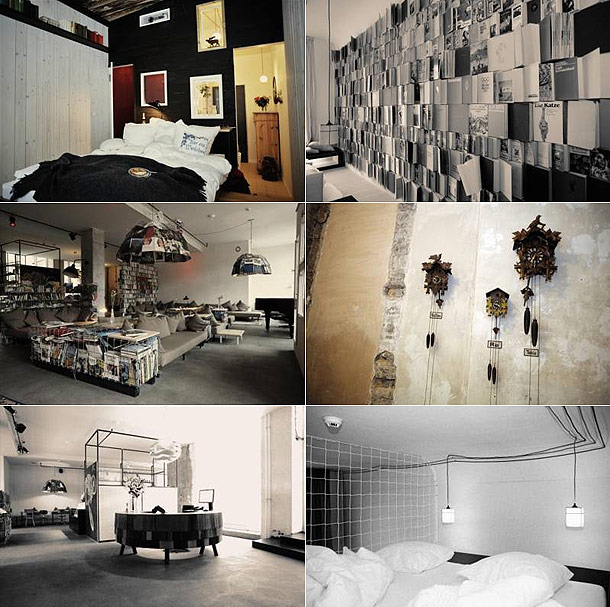 Elegant rooms and studios with a unique design are offered at this 4-star design hotel, located on Berlin’s famous Kurfürstendamm shopping street. It features a spa area and free Wi-Fi. The air-conditioned rooms and studios at the Hotel Q! Berlin feature a flat-screen TV, an iPod docking station and an open bathroom. Newspapers are delivered daily.